EMS Prizes to be Awarded at the 8ECM

We are pleased to announce that up to ten EMS prizes will be awarded in a special ceremony at the 8ECM.

These prizes, established in 1992, are given “in recognition of excellent contributions in mathematics” to young researchers who are European nationals or are working in Europe.

This year’s EMS Prize Committee is chaired by Professor Martin R. Bridson FRS, Whitehead Professor of Pure Mathematics, President of the Clay Mathematics Institute and Fellow of Magdalene College at the University of Oxford. His main research interests are geometric group theory, low-dimensional topology and spaces of non-positive curvature. He has published over 100 research papers, and has co-authored the monograph Metric Spaces of Non-Positive Curvature (Springer-Verlag, 1999) and co-edited Invitations to Geometry and Topology (OUP, 2003).

Professor Bridson’s awards include the London Mathematical Society Whitehead Prize (1999) and the Royal Society Wolfson Research Merit Award (2012); his LMS citation noted his work at “the forefront of applications of formal languages to group theory.” He was also an invited speaker at the 2006 International Congress of Mathematicians (ICM) in Madrid. In 2015, Professor Bridson was elected a Fellow of the American Mathematical Society, and a Fellow of the Royal Society in 2016 for his “leading role in establishing geometric group theory as a major field of mathematics.” 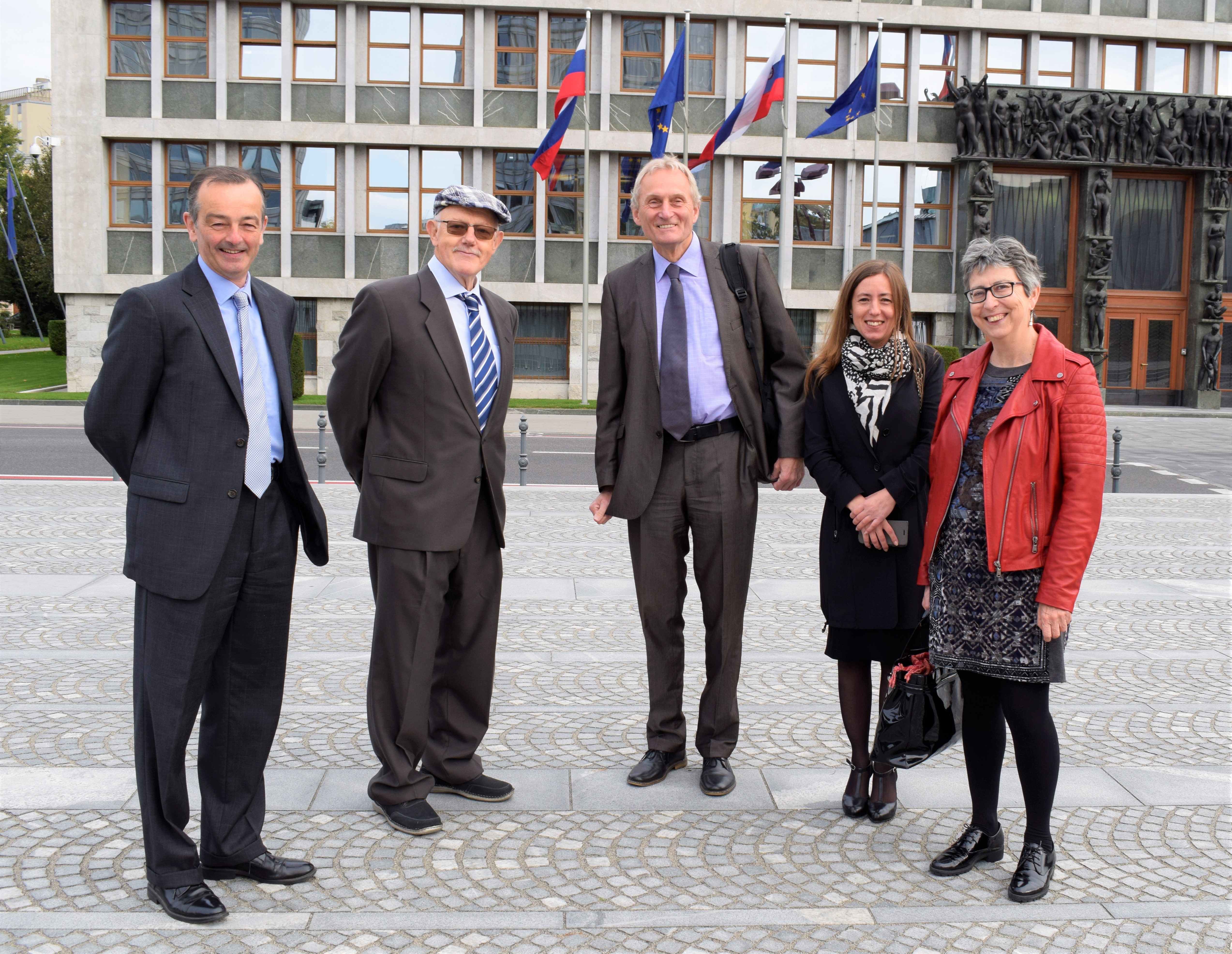 Details of the winner of the EMS prizes, sponsored by the Foundation Composition Mathematica and EMS Publishing House, will be published on our website following the official announcement by the EMS. These are among several awards to be conferred at the 8ECM, which also include the Felix Klein prize and the Otto Neugebauer prize. The recipients will be invited to present their work at the 8ECM. Nominations are now closed, but you can view information on all the EMS prizes on our website at www.8ecm.si/about-8ecm/prizes.

We look forward to welcoming Professor Bridson and the EMS prize winners at the 8ECM!