A project created by Franc Savnik

Today we are presenting the work of an artisan-mathematician who applies elements from mathematics to craft beautiful math objects made from wood.

Franc Savnik is a mathematician and an artisan from Dobova, Slovenia, making wooden sculptures inspired by mathematical forms. He graduated in mathematics at the Faculty of Natural Sciences and Mathematics, University of Zagreb, Croatia. He is the author of many textbooks for elementary and high school mathematics. Since 2003, he has held the Arts & Crafts of Slovenia Certificate issued by the Chamber of Craft and Small Business of Slovenia and sells his products online.

For the selected designs, he first creates a virtual computer model. Then he uses an overhead router for the rough cutting of the sculptures – a 480kg, cast iron Interwood from 1936, because “They don't make them like this anymore.”

About a year ago, he started a project on a small wooden mathematical sculpture in the shape of a number eight. The shape is based on the concept of a one-sided surface, known as a Moebius strip. The process of the calculations and engineering of the core block is described in this presentation (with included animations) - Making a Wooden Mathematical Sculpture, Part I.

The calculations are then used to make the master template with the Interwood machine, which can later be used to transfer the model to subsequent blocks – sculptures. The whole process of making the artwork is shown in the video below.

Wooden sculptures and other products by Franc Savnik will be showcased at the 8th European Congress of Mathematics next year. 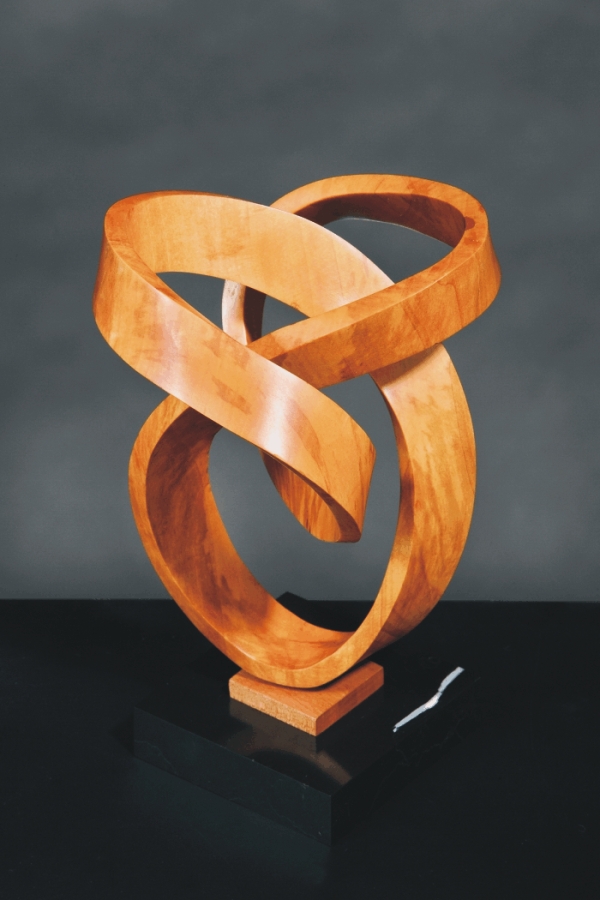