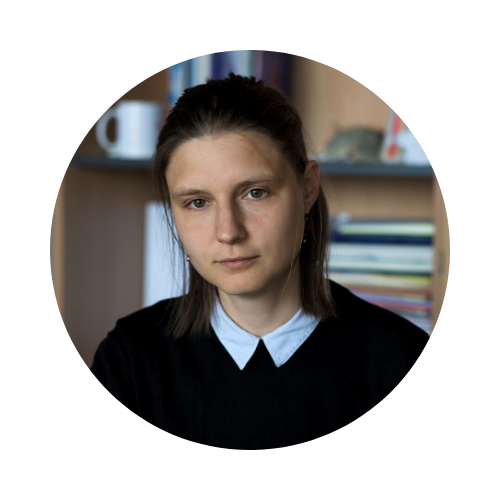 Maryna Viazovska is a full professor at the École Polytechnique Fédérale de Lausanne in Switzerland. Previously, she was a postdoctoral researcher at the Berlin Mathematical School and the Humboldt University of Berlin and a Minerva Distinguished Visitor at Princeton University. Her research interests include number theory and optimal configurations on manifolds.

In 2016, Viazovska solved the sphere-packing problem in dimension 8 and, in collaboration with others, in dimension 24. As well as for her work on sphere packing, Viazovska is also known for her research on spherical designs with Bondarenko and Radchenko. With them she proved a conjecture of Korevaar and Meyers on the existence of small designs in arbitrary dimensions.

Viazovska was an invited speaker at the 2018 International Congress of Mathematicians, and is the recipient of numerous awards. In 2016, she received the Salem Prize and, in 2017, the Clay Research Award and the SASTRA Ramanujan Prize for her work on sphere packing and modular forms. She has also been awarded a 2018 New Horizons Prize in Mathematics, and, in 2019, the Ruth Lyttle Satter Prize in Mathematics and the Fermat Prize.