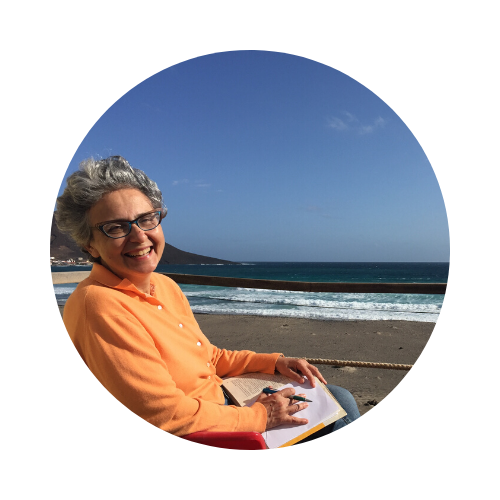 Karine Chemla is a Senior Researcher at the Centre National de la recherche scientifique (CNRS) and belongs to the research group SPHERE (Science—Philosophy—History, Université de Paris & CNRS). Her research interests include the history of mathematics within ancient China, geometry in France in the first half of the 19th century, and the theory of the history of mathematics, with a focus on the relationships between mathematics and the cultures in relation to which they are produced.

Professor Chemla has co-edited the monographs Cultures without Culturalism: The Making of Scientific Knowledge (Duke, 2017) and The Oxford Handbook of Generality in Mathematics and the Sciences (OUP, 2016). She also co-authored Les Neuf chapitres. Le classique mathématique de la Chine ancienne et ses commentaires (Dunod, 2005), a French translation and critical edition of the book that was considered for centuries in China to be the most important text in the mathematical canon. This book received the 2006 Prix Ikuo HIRAYAMA from the Académie des inscriptions et belle lettres.

Among other distinctions, Professor Chemla has been awarded a CNRS Silver medal (2008) and held the Sarton Chair of History of Science at Ghent University (2013-14). In addition, she has been a plenary and invited speaker at numerous international conferences, including the Seventh European Congress of Mathematics (Berlin 2016) and the International Congress of Mathematicians in 1998.  She is a Doctor Honoris Causa of the Vrije Universiteit Brussel and a member of several academic societies, including the Deutsche Akademie der Naturforscher Leopoldina, Section History of Science and Medicine, the Academia Europaea and the American Philosophical Society. Since 2011, she has served as the president of the French National Committee for History and Philosophy of Science and Technology (CNFHPST).